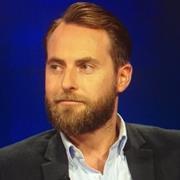 Aidan Regan is an Associate Professor at the School of Politics and International Relations at University College Dublin (UCD). He is Director of UCD's Jean Monnet Centre of Excellence in the New Political Economy of Europe, and Director of Graduate Master Studies at the School of Politics. Prior to UCD, Aidan was a postdoctoral fellow at the Max Planck Institute for the Study of Societies in Germany (MPIfG), and a Max Weber postdoctoral fellow at the European University Institute (EUI) in Italy. Aidan completed his PhD in Public Policy at the College of Social Science at UCD, whilst also working at the Amsterdam Institute for Advanced Labour Studies (AIAS), at the University of Amsterdam. Aidan's research is focused on the comparative political economy of Europe. In particular, he specialises in the comparative politics of the eurozone crisis, industrial relations, housing markets and the welfare state. His work has appeared in various scientific journals including Perspectives on Politics, Politics and Society, New Political Economy, the Journal for Common Market Studies, European Journal of Industrial Relations, Comparative European Politics, Socio-Economic Review, Intereconomics, among other outlets. Aidan is a network organiser at the Society for the Advancement of Socio-Economics (SASE), and the Council for European Studies (CES). He teaches undergraduate and postgraduate modules at UCD, including Capitalism and Democracy, the Politics of Inequality, and the Political Economy of Europe. You can follow him on Twitter at @aidan_regan