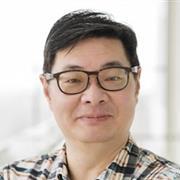 My research is focused on understanding the signalling processes underlying the responses of plants and crops to abiotic stresses, with a particular focus on the roles of abscisic acid (ABA) and sphingolipids. I, together with colleagues, was the first to show that the sphingolipid metabolite, sphingosine-1-phosphate (S1P) is an important calcium-mobilising second messenger active in the drought acclimation response of stomatal guard cells (Ng et al., 2001, Nature 410: 596-599). This was the first definitive confirmation that S1P is present in plants and that it is an integral component of the guard cell-drought signalling network. Additionally, I, together with colleagues, also showed that the drought hormone, ABA can induce rapid (within minutes) sub-nuclear reorganisation of a heterogeneous nuclear ribonucleoprotein (hnRNP)-like RNA binding protein in stomatal guard cells (Li et al., 2002, Nature 418: 793-797; Ng et al., 2004, Plant Physiology 134: 1327-1331). This was the first demonstration of ABA-induced partitioning of a hnRNP-like protein into nuclear speckles and suggests that rapid sub-nuclear re-organisation of may form an important component of plant acclimation responses ABA. Since my appointment in UCD, I have independently established a research team focused on 2 broad research themes to elucidate (1) the mechanisms of sphingolipid-based signalling systems in plants, and (2) molecular mechanisms of abiotic stress responses. Sphingolipid-based signalling systems in plants We successfully cloned and biochemically characterised the first neutral ceramidase from rice (Pata et al., 2008, Plant Journal 55: 1000-1009). To date, this remains the only plant ceramidase to be characterised. In our efforts to better understand the roles of sphingolipids in plants, I established a Science Foundation Ireland-funded Lipidomics/Metabolomics Technology Platform within the School to enable us to profile and quantify the diverse sphingolipid species (sphingolipidome) in plants. We successfully characterised the sphingolipidome and glycerophospholipidome from Brachypodium distachyon, the model plant for temperate grass crop research (Islam et al, 2012, Metabolomics 8: 598-613). Additionally, we showed that the sphingoid bases with delta4 desaturation may be more widespread than previously thought (Islam et al, 2012, New Phytologist 193: 51-57). Abiotic stress responses in plants My research team successfully created an inducible, modular system for spatio-temporal control of gene expression in stomatal guard cells (Xiong et al., 2009, Journal of Experimental Botany 60: 4129-4136). This represented a significant advance that has the potential to be used for engineering the functional responses of guard cells, and for studies on stomatal cell fate transitions. More recently, my research has focused on investigating the temporal dynamics of gene expression under abiotic stress. We were the first to show that dehydration stress can induce oscillations (non-circadian) in transcript abundance in the moss, Physcomitrella patens and that the amplitudes of these oscillations reflect the severity of the stress (Shinde et al., 2012, New Phytologist 195: 321-328). We have since extended our observations to other abiotic stresses like salt and osmotic stress (Suhas et al., 2013, Plant Signaling & Behavior, in press). Importantly, our work suggests that this temporally dynamic gene expression system may constitute an important cellular strategy for adaptation changing environmental conditions and confer evolutionary advantages during the colonisation of land by plants.