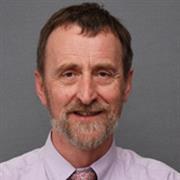 Ciaran Sugrue is Professor of Education, School of Education, UCD, a position he has occupied since 2011. He has worked in the Irish Education system in a variety of capacities including: teacher, schools inspector, teacher educator and researcher. Prior to his appointment in UCD, he worked at the Faculty of Education, University of Cambridge, and a fellow of St. Edmund's College. While at the faculty of education, he also had a leadership role within the Centre for Commonwealth Education, reflecting a long term commitment to, and involvement with, educational reform in the global south, sub-Saharan Africa in particular, working with agencies such as Ireland Aid, UNESCO and World Bank. This work has extended also to Egypt and Asia. He was a lecturer, senior lecturer and principal lecturer at St. Patrick's College Drumcondra where he had a variety of responsibilities over time. He was General Editor of Irish Educational Studies (1998-2008), serves on the editorial boards of several international journals, is a past president of the International Study Association of Teachers and teaching, and was involved in creating the Irish Primary Principals' Network (IPPN). He was Head of School from September 2011 until August 2014. His research interests are wide-ranging and include: School Leadership and Educational Change, Continuing Professional Development, Teacher Educational Reform in developed and developing countries, and Educational Policy. He has expertise in Qualitative Research, particularly Life History.