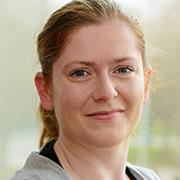 Dr Cliona Kelly joined the Sutherland School of Law in September 2015, and is Module Coordinator for Undergraduate Modules in Intellectual Property Law, Consumer Law and the Research Module, and Postgraduate modules in Patent Law and Approaching Contractual Documentation. She also teaches on the new first year module in Legal and Professional Skills. Cliona is a graduate of University College Dublin, where she graduated top of her class with a first class honours degree. She also completed her PhD, funded by the Irish Research Counil for Humanities and Social Sciences, in University College Dublin. Cliona also has a Postgraduate Certificate in Teaching and Learning in Higher Education from the National University of Ireland, Galway.Before returning to UCD Cliona was a lecturer in law at the National University of Ireland, Galway and Senior Lecturer in Cardiff University, Wales. She has also lectured in Trinity College Dublin (2006 - 2007) and worked in the Irish Law Reform Commission where she wrote the Report on Privity of Contract and Third Party Rights. Cliona has worked as a member of an Advisory Group which advised the Irish government on the Consumer Rights Bill 2015. She has worked as an ad hoc consultant to the Law Society of Ireland, advising on issues relating to European contract and consumer law, and in 2011 she was appointed as Internal Examiner in Contract Law for the Law Society of Ireland, a statutory position under the Solicitors Acts 1954 - 1994. She has acted as an External Examiner at the University of Portsmouth and Bangor Law School. Cliona has been invited to participate in several international research projects, including a Comparative Study on Consumer Information Rights at the Ruprecht Karls University, Heidelberg and the Common Core of European Private Law Project which is hosted by the University of Trento, Italy. . She was a Reporter for the Research Group on Unexpected Change of Circumstances, which was coordinated by Professor Hondius (University of Utrecht) and is currently a Reporter for the research project on Contractual Remedies, coordinated by Professors Giliker, Ruefner and Gsell. She is currently National Rapporteur on "Information obligations and disinformation of consumers" and “The legal regulation of crowdfunding” for the Congress of the International Academy of Comparative Law.