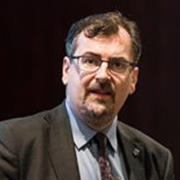 Colin Scott is Vice President for Equality, Diversity and Inclusion and Dean of Social Sciences at University College Dublin, Principal, UCD College of Social Sciences and Law and Professor of EU Regulation & Governance. He studied law at the London School of Economics and at Osgoode Hall Law School in Toronto. Prior to his appointment at UCD in April 2006 he lectured at the University of Warwick and at the London School of Economics. Between 2001 and 2003 he was a Senior Research Fellow at the Research School of Social Sciences, Australian National University. He was a research associate of the ESRC Centre for the Analysis of Risk and Regulation (CARR), based at the London School of Economics from 2000-2010. His major collaborative research projects have included an innovative interdisciplinary study of the regulation of the public sector (UK Economic and Social Research Council), and ethnographic study of UK telecommunications regulation (Leverhulme Trust), a study of the development of meta-regulation (Australian Research Council), a comparative study of liability regulation in local government (ESRC and Irish Research Council for the Humanities and Social Sciences), a project to build and deploy a database of all central state agencies in Ireland (IRCHSS), a study of the development of reflexive modes of governance (EU Framework Programme 6), a multi-sector study of the growth of transnational private regulation (Hague Institute for Internationalization of Law) and a study of regulation in Ireland (IRCHSS and Institute for Public Administration). His research has focused centrally on the trends of and implications from the fragmentation of regulatory governance. He has more than 100 publications in books, edited books, articles and book chapters with leading journals and presses. He was Programme Chair of ECPR Standing Group on Regulatory Governance Biennial Conference, 'Regulation in the Age of Crisis', held in Dublin in June 2010 and has been Convenor of the Standing Group since 2016. He has held editorial responsibilities with Legal Studies, Law & Policy and the Modern Law Review. He was appointed to the Editorial Board of the Conversation UK in 2017. He was a Professor at the College of Europe, Bruges, from 2006-2009 where he taught on the interdisciplinary masters on European Law and Economic Analysis (ELEA). He was Vice Principal for Research and Innovation for the UCD College of Business and Law between 2006 and 2009 and Associate Dean of the UCD School of Law from 2010-2011 and Dean of Law at UCD, 2011-2014. He is married with two children, one born in London in 1998 and the other in Canberra in 2002.Colin Scott gave his inaugural lecture, Regulating Everything in February 2008. orcid.org/0000-0002-0486-8670 Google Scholar Profile.