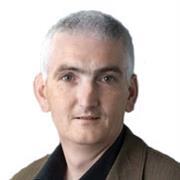 I graduated from University College Dublin in 1988 with a BA (Hons) in Archaeology and Geography and worked on a number of wetland and urban archaeological projects before joining the Irish Archaeological Wetland Unit (IAWU) in UCD when it was established in 1990. I became Acting Director in 1996 and subsequently Director from 1998-2005. During my time with the IAWU I was involved in the survey of 3,500 sites and participated in and directed a number of important excavations and consultations. These include Clonfinlough Late Bronze Age settlement site, Co. Offaly, crannogs at Bofeenaun and Frenchgrove, Co. Mayo and Derryville Bog, Co. Tipperary.In August 2005 I joined the UCD School of Archaeology as Laboratory and Field Officer specialising in excavation and post-excavation work as well as directing, managing and participating in a wide range of research projects. These include the Discovering the Archaeologists of Europe (Ireland) project, UCD School of Archaeology Field School excavations at Glendalough, Co. Wicklow and the UCD Centre for Experimental Archaeology and Ancient Technologies. I have also provided consultancy services on wetland archaeology and woodworking to a number commercial and research projects.