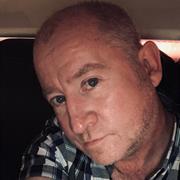 Cormac O'Brien is a specialist in modern and contemporary Irish drama with a comparative focus on British and American theatre, investigating primarily the relations between governance and citizenship, and gender, sexuality, and national identities. His work in Irish drama further interrogates the correlations and tensions between dramatic structure and form and the politics of queer representation. Cormac further specialises in the interdisciplinary field of Medical Humanities, comparatively exploring Irish and other Western cultural responses to HIV and AIDS, predominantly in drama, fiction, cinema, and television. He has recently expanded this research into dramatic and literary representations of epidemics and pandemics. Cormac welcomes inquires for PhD supervision from potentail PhD candidates whose project aligns with any of his research interests; be that medical humanities, drama and theatre studies, or queer studies and/or biopolitics theory representation and culture.

Showing 1-1 out of 1
Previous1Next
GRANT
Ireland in the Age of AIDS
Fulbright Commission
14 Jan 2019 - 31 May 2019
The key aim of this archival research is to uncover the hidden histories of a sizeable cohort of Irish gay men who were known locally in the Dublin LGBT+ community as “the Yankee Clones”. Due to the illegality of homosexuality in Ireland until 1993,...