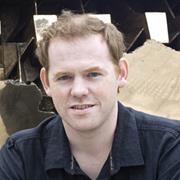 I am an Associate Professor in the School of Computer Science. My research and teaching focus on Human Computer Interaction, with a focus on healthcare technologies and the application of cognitive neuroscience in system design and understanding. Prior to joining UCD I was a Lecturer and Senior Lecturer in Human Computer Interaction with the Bristol Interaction and Graphics group at the University of Bristol. Broadly speaking, Human Computer interaction is a discipline dedicated to research and education in topics related to computer technology in support of human activity and society. I am particularly interested in the design of health care technologies. Prior to Bristol I was a Marie Curie post-doctoral research fellow at the University of Cambridge. I was based jointly with the Computer Laboratory and the Behavioural and Clinical Neuroscience Institute. My research focused on the application of neuro-cognitive methods to provide a more in-depth understanding of human computer interactions. More specifically, I investigated peoples' experience of agency while interacting with intelligent computer interfaces and on-body technologies. Ultimately I believe this research has applications both in Human Computer Interaction and in understanding the difficulties faced by people suffering from unusual and disabling perceptual experiences. Much of my prior research has focused on the design of technology to support mental health interventions. From September 2007 to November 2009 I was a post-doctoral research fellow at Trinity College Dublin. I was the Lead Interaction Designer on the Technology Enhanced Therapy project. We developed a software platform called SilverCloud. IP from the SilverCloud system provided the basis for a spin out company called SilverCloud Health Ltd. In May 2012 this company was named 'Most Investable Business in Ireland' at the Irish Software Association Software Investment Forum. Customers include a cross section of private and public healthcare providers in the US, Ireland, UK and Europe, and include the largest health insurance company in the US. My PhD, also at Trinity College Dublin, focused on the design of computer systems to support clinical interventions for adolescents experiencing medium to severe mental health difficulties. I developed a framework that supported the rapid creation of therapeutic computer games. Using the framework, and worked collaboratively with mental health researchers and practitioners, I developed a series of games for use in face-to-face interventions.