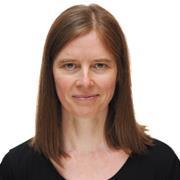 Lecturer (Assistant Professor) in Continental European Philosophy. Previously, Dr Petherbridge was an IRC Marie-Curie international research fellow in the Philosophy Department at Columbia University, New York. She is currently working on two projects: one, a monograph entitled 'When is One Recognizable'; two, a book project entitled 'Encountering the Other', which provides a comprehensive examination of theories of intersubjectivity in German Idealism, social philosophy, and phenomenology. Her primary research interests include theories of subjectivity and intersubjectivity in phenomenology and social philosophy, as well as debates about the theory of recognition employed in critical theory and theories of vulnerability. She is also working on vulnerability and phenomenological approaches to dementia and mental illness. She has general research interests in continental philosophy, critical theory, philosophy and literature, and phenomenology. Her book publications include Body/Self/Other: The Phenomenology of Social Encounters (2017; with Luna Dolezal), The Critical Theory of Axel Honneth (2013), Axel Honneth: Critical Essays (2011). Dr Petherbridge is Editor-in-Chief of Brill Research Perspectives in Critical Theory, Founding Editor of the philosophy journal Critical Horizons, a member of the Editorial Advisory Board of Contemporary Continental Ethics (Edinburgh) and Deputy-Director of the UCD Centre for Ethics in Public Life (http://www.ucd.ie/cepl/). She is also creator and co-founder of the Irish Young Philosopher Awards (www.youngphilosopherawards.ucd.ie). The inaugural IYPA Festival was held in 2018.