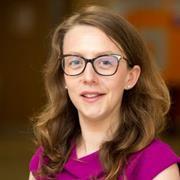 Dr Dawn Walsh is an Assistant Professor in the School of Politics and International Relations at University College Dublin. She is also currently the holder of an Irish Research Council Laureate Award for her project 'Power-sharing and independent commissions in post-conflict societies'. This project examines the role of independent commissions, which are given key roles such as organizing elections or monitoring ceasefires. Specifically the project examines the composition of the commissions focusing on power-sharing, international involvement, and gender. She was previously an Irish Research Council-Marie Curie Elevate post-doctoral fellow. This fellowship involved carrying out research at the University of Birmingham with Prof Stefan Wolff and at DCU with Dr John Doyle. This research examined the use of complex power-sharing institutions in post-conflict societies including Northern Ireland, Bosnia, Macedonia, Moldova and Iraq. She also previously held the Paddy Moriarty Doctoral Fellowship and an Irish Research Council Post-graduate fellowship. Dr Walsh defended her thesis in Politics and International Relations at Dublin City University in April 2014 (external examiner Prof Brendan O’Leary). She is a graduate of Political Science from Trinity College Dublin (2007). She also has a M.Phil in International Peace Studies (Distinction) from Trinity College. Dawn was awarded a certificate in International Peacemaking from United Nations Institute for Training and Research in 2008. After a short break from academia which involved periods working in the Houses of the Oireachtas (Irish Parliament) and doing voluntary work in Tanzania she joined the DCU doctoral programme. Her research interests also include a wide range of conflict resolutions and post-conflict issues including the creation of innovative institutions to manage conflict, the implementation of peace agreements and the development of gender justice in a post-conflict environment.