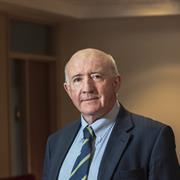 Phenomenology (esp. Brentano, Husserl, Heidegger, Stein, Merleau-Ponty, Sartre); intentionality, perception, consciousness, mind, subjectivity, the self, embodiment and inter-corporeality, empathy, intersubjectivity, the life-world, the constitution of the social world. In 2000 I published Introduction to Phenomenology (Routledge) and in 2005 Edmund Husserl. Founder of Phenomenology (Polity Press). In 2012 I published Edmund Husserl's Crisis of European Sciences and Transcendental Phenomenology. An Introduction (Cambridge University Press). History of Contemporary Twentieth-Century Philosophy , including the relations between the Analytic and Continental tendencies in philosophy. In 2008, I edited The Routledge Companion to Twentieth-Century Philosophy (Routledge 2008). I am currently researching the nature of intentionality, consciousness, subjectivity, embodiment, intersubjectivity and empathy, particularly as described by the phenomenological approach, in dialogue with recent philosophy of mind and the cognitive sciences (especially the embedded and enactivist accounts of cognition). I was principal investigator for an Irish Research Council Collaborative Research Award entitled Discovering the "We": The Phenomenology of Sociality (2012-2013). I have successfully completed the IRCHSS sponsored research project, The Phenomenology of Consciousness and Subjectivity (2008-2010). I am currently one of the principal investigators in the Australian Research Council Discovery Grant project, entitled Judgement, Responsibility and the Lifeworld: The Phenomenological Critique of Formalism (2010-2013) based at Murdoch University and collaborating with the Patocka Archives at the Charles University, Prague. Medieval Philosophy , esp. Christian Neoplatonism (Augustine, Johannes Scottus Eriugena, Meister Eckhart, Nicholas of Cusa). See in particular my monograph, The Philosophy of John Scottus Eriugena: A Study of Idealism in the Middle Ages (Cambridge University Press, 1989; reprinted paperback 2004). I am particularly interested in the history of idealism from the Greeks to contemporary transcendental idealism. In 2006 I co-edited with Stephen Gersh, Eriugena, Berkeley, and the Idealist Tradition . Notre Dame, Indiana: University of Notre Dame Press, 2006. History of Modern Philosophy (Descartes to Kant) -- Rationalism and Idealism, the discovery of subjectivity, the meaning of ego cogito. East-West Dialogue In recent years, I have been active in the promotion of East-West dialogue and especially the phenomenology of intercultural understanding in collaboration with colleagues in Hong Kong, Korea, Japan, China, and Taiwan. I have been Visiting Professor conducting the Master Class for the Symposia Phaenomenologica Asiatica held in the Chinese University of Hong Kong in 2010. I have been invited to give keynote addresses at Peking University, Fudan University, and Wuhan University in China. World Congress of Philosophy I am President of FISP, 2013-2018, organising the XXIV World Congress of Philosophy in Beijing 13-20 August 2018. I have been active in the FISP Committee on Teaching Philosophy and am currently the President of the Executive Committee overseeing the XXIII World Congress of Philosophy to be held at the University of Athens, Greece, from 4-10th August 2013. Awards for Research On 26 October 2015, in Athens, Prof. Moran was awarded an Honorary Doctor of Philosophy Degree by the National and Kapodistrian University of Athens for his "contribution to the promotion of philosophy in general and with regard to his field of research in particular". On 30th November 2012 I was awarded the Royal Irish Academy Gold Medal in the Humanities for 2012 for my research work on the ninth-century Irish philosopher John Scottus Eriugena, my contribution to the understanding of the phenomenological tradition and formy efforts to mediate between the competing traditions of analytic and continental philosophy.