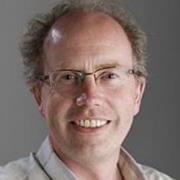 Donal Finn obtained his BE degree in Mechanical Engineering from University College Galway (UCG) (now NUIG) in 1985. Between 1985 and 1987, he carried out research on wind convectors (heat pump outdoor heat exchangers) at UCG, which was supported by IVT AB, Sweden, Erinova Industries Ltd, Dublin and the Irish National Board of Science and Technology. In 1987, he was awarded a MEngSc degree by the National University of Ireland (NUI) for this work. In 1988, this research received a best paper award at the annual meeting of the American Society of Mechanical Engineers (ASME - Solar Energy Division), held in Boulder, Colorado, USA. Between 1987 and 1989, he continued to work on wind convector and wind evaporator systems with Erinova Industries. In 1989, he joined Hitachi Europe Ltd at the Hitachi Dublin Laboratory (HDL), located at the University of Dublin (Trinity College). While at HDL, he worked initially as a research engineer and later as a research group leader in computer aided engineering. He was awarded a PhD degree in 1996 by the University of Dublin. In 1995, Donal Finn was appointed to a lectureship in Mechanical Engineering at UCD. In 1999, Dr. Finn received a Teaching Fellowship award from the Royal Academy of Engineering, London, which was financially supported by Exxon-Mobil. In 2004, Dr. Finn was awarded a Research Fellowship by UCD, which allowed him to spend a sabbatical year at the University of Illinois, Urbana Champaign (UIUC), IL, USA, where he collaborated with the Air-Conditioning and Refrigeration Research Center (ACRC). In 2008, he received a Teaching and Learning award from UCD. Since 2008, he has been a Senior Lecturer at UCD. His current research interests lie in the analysis and optimisation of energy conversion systems used in heat pump/refrigeration systems and building energy applications. His specific research focuses on component and system analysis of transport refrigeration and heat pump systems, as well as the optimisation of evaporative cooling and natural/night ventilation in building energy applications. Dr. Finn has acted as an expert advisor/assessor to Enterprise Ireland, the European Commission - FP5, FP6 and FP7 and Marie Curie programmes and other European Research programmes, as well a reviewer for several journals and international conferences. He has been member of the editorial panel of the journal AI-EDAM (Artificial Intelligence in Engineering Design, Analysis and Design) since 1996.