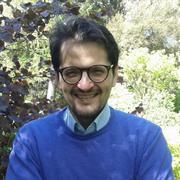 Specialised in the history of medieval philosophy, I am particularly interested in theories pertaining to metaphysics and theories of soul in the 13th-16th centuries. One of the aims of my research consists in enlarging our knowledge of the Western thought by unearthing, editing and analysing previously unknown philosophical texts preserved in medieval manuscripts. I studied philosophy at the University "Babes-Bolyai" in Cluj-Napoca, Romania (BA in 2001), at the École normale supérieure, Paris (2001-2003), at the University Panthéone-Sorbonne (MA in 2002) and University of Sorbonne (MPhil in 2003, PhD in 2008). I held research fellowships at the University of Sorbonne (the Fritz Thyssen Foundation), the Warburg Institute (the A.W. Mellon Foundation), the University of Bonn (the Alexander von Humboldt Foundation) and the University of Cambridge (the British Academy and the Royal Society). Since 2011, my studies focus mainly on the reception of Proclus' metaphysics in the Latin West. On this topic I directed major research grants awarded by the Romanian National Council at the University "Babes-Bolyai" (2011-2016) and the French National Research Agency at the École Pratique des Hautes Études (2013-2017). At University College Dublin, I direct an ERC Consolidator Grant project (2018-2023) on Neoplatonism and Abrahamic Traditions. Its aim is to build upon the preliminary achievements of the previous projects, to deepen and integrate them into a much wider and systematic investigation of the Neoplatonic legacy in which the Western tradition is only a part of a global history of knowledge. For my work I was awarded the Friederich Wilhelm Bessel Research Award by the Alexander von Humboldt Foundation (2018).