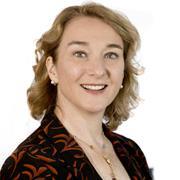 Emer lectures in Irish and international law, legal ethics and legal practice at UCD's School of Law degree programmes to undergraduate and postgraduate students. Emer graduated from Trinity College Dublin, with an honours degree in law, and holds a Master's degree in law from the London School of Economics and Political Science. She qualified as a solicitor in England & Wales, and in Ireland and during her training worked as a stagiare with the European Commission in Brussels. She is also a Chartered Tax Adviser. Emer has worked as a tax lawyer with leading law firms in London, New York and Dublin and was a partner in the tax department of one of Ireland's leading commercial law firms. She is interested in international tax law and the direct tax competence of the European Union. She is also interested in residence and domicile, as they have an effect on the location of companies. Emer is studying for a PhD, in the Smurfit Graduate School of Business, which involves research on the impact of state aid laws on domestic tax rulings given to international companies. She is employing the theoretical lens of systems theory, as developed by Niklas Luhmann, to examine the process of constructing tax rulings as an issue of state aid.