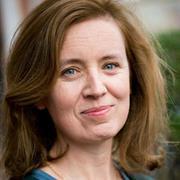 I research the designed landscape history of Ireland and of the Atlantic world, with a particular interest in the cultural, philosophical and aesthetic dimensions of this history. My first book Landscape Design in Eighteenth-Century Ireland was awarded the inaugural J.B. Jackson Book Prize by The Foundation for Landscape Studies, New York in 2007. Ireland and the Picturesque; Design, Landscape Painting and Tourism in Ireland 1700-1830 (2013, Yale University Press on behalf of the Paul Mellon Centre for Studies in British Art) was also awarded a 2016 J.B. Jackson Book Prize, and also received an Elisabeth Blair McDougall Honorable Mention book award from the Society of Architectural Historians (US) in 2016. I published William Ashford's Mount Merrion; The Absent Point of View, a book on the evolution and representation of Dublin's Fitzwilliam estate, in 2012. In the field of conservation I have jointly edited two books with Gillian O'Brien- Georgian Dublin in 2008 and Portrait of The City; Dublin and the Wider World in 2012, the latter as part of the UCD-OPW Framework for Cultural Significance funded research project. In 2013 a Dumbarton Oaks (Harvard) fellowship led me to embark on my current book project Landscape and Revolution; Ireland, France and America 1770-1810. I graduated with a first class honours degree in architecture from UCD in 1993. In 1997 I completed a Graduate Diploma in the Conservation of Historic Landscapes at the Architectural Association in London and my Ph.D. (N.U.I.) in 1999. I worked for a few years in the practice of de Blacam & Meagher Architects, where I was a project architect for the award-winning conservation design of Maynooth Castle, Co. Kildare, and where I also completed my professional part 3 exams to attain membership of the Royal Institute of Architects of Ireland.