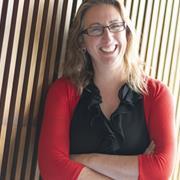 I work predominantly in the field of nineteenth-century British literature and culture; periodical studies, memory studies and gender with a particular expertise on George Eliot and the periodical and newspaper press. My other main area of interest concerns the dynamic interplay between memory and narrative, particularly in contemporary British and Irish fiction. Three collaborative research projects with colleagues in the School of English, Drama and Film, UCD, Newcastle University and University of Iceland draw on these research interests (see Collaborators). Publications in this area include a collection of essays co-edited with Naomi McAreavey and Emilie Pine, The Body in Pain in Irish Literature and Culture, Palgrave Macmillan (2016); a co-edited special edition of the journal Slavery and Abolition (37.3, 2016) with Maria Stuart and Fionnghuala Sweeney; collection of essays on Ireland, Iceland and Memory with Gunnthorunn Gudmundsdottir (in progress). Current and Previous Research Roles and Commitments include: Research Society for Victorian Periodicals (http://rs4vp.org/) - Board of Directors for 2015-17 Centre for Memory and Literature (University of Iceland) - Advisory Board Member Memory Studies Association - Advisory Board Member European Society for Periodical Research - Executive Board Member Irish Memory Studies Network (http://irishmemorystudies.com/) - Board Member UCD Press - Editorial Committee Member (2014-) COST action 1203, In Search of Trans-Cultural Memory in Europe (http://www.cost.eu/COST_Actions/isch/IS1203) - Management Committee (2013-16) I am currently Associate Dean for Arts and Humanities in the College of Arts and Humanities, UCD