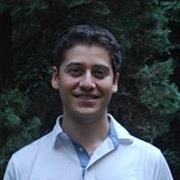 Francesco Lucioli graduated at the University of Rome Sapienza, where he obtained his doctorate in 2012 with a thesis focused on the evolution of the topic of Cupid bound and disarmed, between literature and art, from the Classical world to the Eighteenth century. This work was awarded the prize for the best PhD thesis discussed in the academic year 2011-2012 at the University of Rome Sapienza. Soon after his viva, he won a 18-month Research Associate position at the Department of Italian at the University of Cambridge (1 October 2012-31 March 2014). He collaborated with Dr Helena Sanson on the project "Conduct Literature for and about Women in Italy, 1470-1900: Prescribing and Describing Life", funded by Dr Sanson's Philip Leverhulme Prize and the Isaac Newton Trust. He then won two prestigious fellowhips: a one-year Jean-François Malle Fellowship at Villa I Tatti, the Harvard University Center for Italian Renaissance Studies, in Florence (1 July 2014-30 June 2015), where he worked on the reception of the "Orlando furioso" by Ludovico Ariosto; and a six-month Research Fellowship at the Ludwig Boltzmann Institute for Neo-Latin Studies in Innsbruck (1 January 2016-30 June 2016), in order to pursue his research on Jesuit's theatre and theory of drama. He joined the School of Languages, Cultures and Linguistics at UCD in September 2016.His main areas of interest are: Early-modern Italian literature, language and culture, in both Neo-Latin and the vernacular; the relationship between literature and visual arts; the relationship between literature and religion; Renaissance and Baroque Rome; chivalric and epic poetry; women's writing and the "querelle des femmes"; ethics and conduct literature; art of memory; history of theatre.