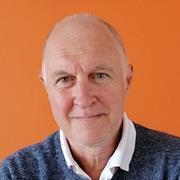 I received my BA in Geography and History at University College Dublin in 1980 and completed a research Master's degree at UCD between 1981 and 1983. This research examined the synoptic origins of precipitation in Ireland during the period 1970 to 1980. This work was supervised by Stuart Daultrey. After working for one year as research assistant on census atlases of Ireland, I moved to the US in 1984 to pursue a PhD. From 1984-1989 I attended The Ohio State University as a PhD student concentrating on the areas of climatology and cartography. I completed a PhD dissertation on the energy budget of urban streets (or canyons) using modeling and field observations. From 1989 to 1997 I taught in the US, first in Bowling Green State University, Ohio (1989-1990) and then at University of California at Los Angeles (1991-1997). Since 1997 I have been employed in Geography at UCD.