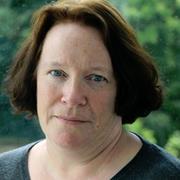 Gerardine Meaney is Professor of Cultural Theory in the School of English, Drama and Film. Her current research interests are in gender, ethnic and national identities in literature and culture and the application of new digital methodologies to humanities research. Her current research projects include an exploration of Victorian anxieties around public health and migration in the British Library’s Nineteenth Century Corpus and a Decade of Centenaries project presenting the diaries of novelist and revolutionary, Rosamond Jacob, in blog form. She is the author of Gender, Ireland and Cultural Change (Routledge, 2010) intro online; Nora, Ireland into Film Series (Cork University Press); (Un)like Subjects: Women, Theory, Fiction (Routledge, 1993; reissued Routledge Library Editions, 2012) and numerous articles and book chapters on gender and culture, from Joyce to The Wire. She co-authored Reading the Irish Woman: Cultural Encounter and Exchange, 1714-1960, with Bernadette Whelan and Mary O'Dowd (Liverpool: Liverpool University Press, 2013). She was one of the major co-editors of the Field Day Anthology of Irish Writing: Women's Writing and Traditions, volumes 4 and 5 (Cork: Cork University Press, 2002). Digital projects include a centenary multimedia exploration of an iPad app of James Joyce's short story 'The Dead' and the 17 research demonstrator projects of the Irish Virtual Research Library and Archive. She was Chairperson of the Irish Humanities Alliance (2016-17) and Vice-Chair (2015-16). She was also previously Director of the UCD Humanities Institute, Vice-Principal for Research and Innovation in the College of Arts and Celtic Studies and Directors of the Centres for the Study of Gender, Culture and Identities and Film Studies at UCD.