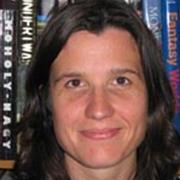 After completing my PhD at the University of Sheffield in 1998 I was employed as temporary Assistant Lecturer in German at UCD before being appointed to a permanent position in the year 2000. My work focuses on twentieth century German literature and society and I am especially interested in prose literature since the fall of the wall and contemporary women writers.Both my research and teaching have a strong interdisciplinary focus: my PhD dissertation 'Aspects of Comedy in Contemporary Dramas' combined psychoanalytic, literary and anthropological perspectives in the study of comedy as textual strategy in German-language plays of the 1980's and 1990's. My more recent work applied anthropological theories of material culture to the analysis of German-language prose of the late twentieth and early twenty-first centuries. My current work on well-being and happiness seeks to address the disciplinary divide that attends happiness studies, an emerging field to which cultural and literary studies have been somewhat slow to contribute.My interdisciplinary focus has also been reflected in research events I have organised such as the seminar series and international conference on 'Belonging' (2011-2012, co-organised with Dr Alison Ribeiro de Menezes), and the international conference Trash (2010), both of which drew together perspectives from fields as diverse as architecture, sociology, literary studies, cultural studies and visual art. My interest in the built environment and visual culture has also been reflected in activities such as the lecture series and symposium 'Architecture and its Metaphors' (2004-2005, co-organised with Dr Douglas Smith and Prof Hugh Campbell) and undergraduate modules such as 'Bauhaus'. My teaching is strongly informed by my research interests and in addition, I seek to employ methodologies that integrate the teaching of the German language with cultural and literary studies. I have also been active in the combination of practical drama skills with language learning: I co-initiatied and co-organised the UCD European Drama Week (with Dr Siofra Pierse, Department of French 2001 and 2002) and co-ordinated several student German drama productions (Mann ist Mann, 2000-2001, Die Räuber 2001-2002: both productions were invited to take part in the annual Student German Drama Festival in the UK [Bristol 2001, London 2002]). As a graduate of a modern languages BA degree (German, Dutch, French: University of Sheffield, 1992) I have a firm commitment to cross-cultural and comparative teaching across the languages offered in the School of Languages and Literatures at UCD. Since 2007, I have played a leading role in the design and delivery of a new denominated entry programme DN541 BA International Modern Languages (launched September 2009) and have been closely involved in the development and implementation of an innovative modern languages curriculum, which aims to nurture a high degree of intercultural and linguistic competence in students.