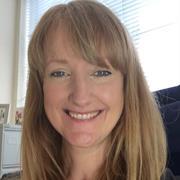 Prion diseases also known as Transmissible Spongiform Encephalopathies (TSEs) are a group of neurodegenerative disorders affecting animals and humans. They are generally associated with the accumulation in the brain of an abnormal partially protease resistant isoform (PrP Sc ) of the normal endogenous prion protein (PrP C ). The exact function of PrP C is not known, however most recent evidence indicates that this evolutionarily conserved protein has a role not only in TSEs but also in Alzheimer's disease (AD). Dr. McMahon's group studies the biochemical basis of prion diseases, potential prion therapeutics and the link between AD and prion disorder. Links between the prion protein and Alzheimer's disease (AD). In AD abnormal processing of the amyloid precursor protein (APP) yielding amyloid beta (Aß) peptides is linked with the disease process. PrP C is now thought to play a role in AD because: The presence of PrP C has been shown to regulate Aß peptide production. In the brains of TSE infected animals, where PrP C is converted to PrP Sc , Aß levels are elevated. Mutant PrP associated with familial TSEs loose their ability to reduce Aß production. This finding highlights the potential risk of developing additional complications in TSEs, and the severity of disease that could emanate from sporadic or infectious TSE in a patient with familial AD. AD diagnosis has already been made in disease cases arising from mutations resulting in expression of amino truncated PrP C . These cases resulted from stop mutations in PRNP (the prion protein gene), which led to a form of PrP C that could not be transported to the cell surface. Adding to the link between PrP C and APP processing is the Valine/Methionine polymorphism at position 129 on PRNP, which has been identified as a risk factor in early onset AD.