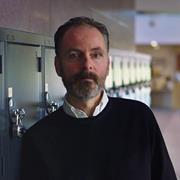 Ian O'Donnell joined the School of Law at University College Dublin in 2000 and became Professor of Criminology in 2006. He completed a six-year term as Director of the UCD Institute of Criminology in December 2010. Previously, Professor O'Donnell was Director of the Irish Penal Reform Trust (1997-2000), Research Officer at the Oxford University Centre for Criminological Research (1992-1997), and Research Assistant at the University of London (1989-1992). During his time in England he served as a member of the Board of Visitors for HMP Pentonville and as a Magistrate on the Oxford bench. Professor O'Donnell is an Adjunct Fellow of Linacre College, Oxford; a Chartered Psychologist and Fellow of the British Psychological Society; a Fellow of the Royal Historical Society; a Member of the Academia Europaea; and a Member of the Royal Irish Academy. His most recent books (both published by Oxford University Press) are Justice, Mercy, and Caprice: Clemency and the Death Penalty in Ireland (2017) and Prisoners, Solitude, and Time (2014).