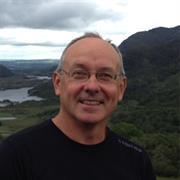 [For pre-prints of my papers & selections from my books, please link to: https://ucd.academia.edu/JamesOShea .] I received my PhD from the University of North Carolina at Chapel Hill in 1992 (Problems of Substance: Perception and Object in Hume and Kant). Supervisors: Prof. Jay F. Rosenberg and Prof. Simon Blackburn. Since 1992 I have been a lecturer and then Professor in the School of Philosophy, University College Dublin, and I have served as Head of School. I am also Reviews Editor of the International Journal of Philosophical Studies, and Treasurer of the international Irish Philosophical Club. In addition to my continuing work on systematic issues in the philosophies of Hume and Kant, I am also working on issues in contemporary analytic philosophy concerning naturalism, normativity, and the 'logical space of reasons' (Sellars, Brandom, McDowell), as well as on American pragmatism and neo-pragmatism. I have published sole-authored monographs on Wilfrid Sellars: Naturalism with a Normative Turn (Cambridge: Polity Press, 2007), and Kant's Critique of Pure Reason: An Introduction and Interpretation (London: Routledge, 2012); plus an edited volume, Self, Language, and World: Problems from Kant, Sellars, and Rosenberg (Atascadero, CA: Ridgeview Publishing Co., 2010; co-edited with Eric Rubenstein). Most recently I have published two high profile edited volumes: O'Shea, ed. Sellars and his Legacy (Oxford University Press, 2016) and O'Shea, ed. Kant's Critique of Pure Reason: A Critical Guide (Cambridge University Press, 2017). Next up is an edited volume with Harvard University Press entitled Fraught With Ought: Selected Writings of Wilfrid Sellars (vol. 2); and a further project is a monograph on Kant on Nature and Purpose.