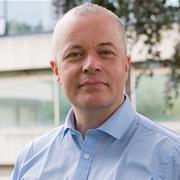 John Brannigan has research interests in the twentieth-century literatures of Ireland, England, Scotland, and Wales, with a particular focus on the relationships between literature and social and cultural identities. His first book, New Historicism and Cultural Materialism (1998), was a study of the leading historicist methodologies in late twentieth-century literary criticism. He has since published two books on the postwar history of English literature (2002, 2003), leading book-length studies of working-class authors Brendan Behan (2002) and Pat Barker (2005), and the first book to investigate twentieth-century Irish literature and culture using critical race theories, Race in Modern Irish Literature and Culture (2009). His most recent book, Archipelagic Modernism: Literature in the Irish and British Isles, 1890-1970 (2014), explores new ways of understanding the relationship between literature, place and environment in 20th-century Irish and British writing. He was editor of the international peer-reviewed journal, Irish University Review, from 2010 to 2016.