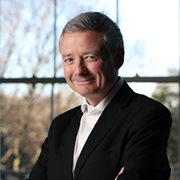 I was educated in UCD where I did VIIIb 'pure' History. Following the award of a First Class Honours degree, I embarked on an edition of the only surviving ecclesiastical 16th century 'Act Book' for Ireland. After that I spent some years in Cambridge first as a benefactor's scholar and then as a fellow of St. John's College. My research at the time was about the Church of Ireland in the 1630s. Since returning to UCD in the mid-1990s my work has increasingly focused on church history and the history of belief in Ireland in the period from 1500-1700. As Director of the Mícheál Ó Cléirigh Institute I work in a unique partnership with the Irish Franciscans whose transfer of manuscripts and rare books has been one of the most significant donations ever made to an Irish university. Since 2017 I have been Chair of the Irish Manuscripts Commission, a body founded in 1928. Its membership consists of academic historians, archivists and genealogists from the whole island of Ireland and beyond. In the past decade I have become involved in efforts to preserve and catalogue Ireland's rich heritage of church archives, especially those of the Catholic religious orders.