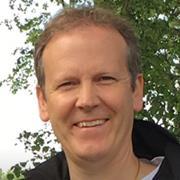 Professor Jonathan Dodd, MB is a Professor of Radiology at UCD and Consultant Radiologist at St. Vincent's University Hospital. He received his medical degree from UCD, became a member of the Royal College of Physicians in 1998, obtained his MSc in Medical Science in 1999 and completed his Irish Radiology Fellowship Examination in 2004. He completed a Thoracic Imaging Fellowship in Vancouver, Canada with Professor Nestor Muller in 2005 and a Cardiac Imaging Fellowship in Massachusetts General Hospital/Harvard Medical School with Professor Tom Brady in 2006. He returned to Ireland in 2007 as the Consultant Radiologist Lead for Thoracic and Cardiac Imaging at St. Vincent's University Hospital. Professor Dodd sits on the associate editorial boards of the two most prominent radiology journals worldwide, Radiology and European Radiology. He is an invited member of the Chest Scientific Committee of the RSNA, past member of the European Society of Cardiac Radiology Committee, the Board of Directors for the Certification Board of Cardiovascular Computed Tomography (CBCCT) Certification Examination in the United States, the Thoracic Imaging Committee of the European Society of Radiology and the Chest Scientific Committee for the European Congress of Radiology. He is the current chair of the Dissemination Committee of the European Multicenter Cardiac CT DISCHARGE trial, a question writer for the American Certification Board of Cardiovascular Computed Tomography (CBCCT) Certification Examination 2007-2011 and past member of the Working Group in Cardiac Imaging Research, European Society of Radiology. He acts as an international journal reviewer for over 10 imaging and medical journals and has received numerous distinguished reviewer awards from Radiology, the American Journal of Roentgenology, the Journal of Thoracic Imaging and European Radiology. He has served several management roles at St. Vincent's University Hospital including the Chair of Radiology, Clinical Directorate in Diagnostics and Chair of the PET-CT Project Committee. He was the founding Chairman of the Cardiovascular Subcommittee of the Faculty of Radiologists in Ireland. He has published over 110 peer-reviewed articles and over 45 book chapters. He is an active participant in the teaching curriculum of the undergraduate medical program of the UCD School of Medicine and the postgraduate fellowship program of the Faculty of Radiologists in Ireland and gives many national and international talks, workshops and refresher courses on Chest and Cardiac Imaging.