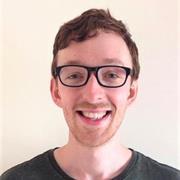 Before starting my lectureship at UCD, I taught German at the University of Manchester, where I completed my AHRC-funded PhD; the University of Chester; the University of Limerick; and NUI Galway, where I was also a Moore Fellow. During my doctoral studies, I received the University of Manchester President's Doctoral Scholar Award, which is awarded to the top 3% of prospective research candidates across the University. Reviews of my monograph 'Mystical Islam and Cosmopolitanism in Contemporary German Literature: Openness to Alterity' (2018) describe it as: '[providing] a welcome analysis of Muslim spiritualities...Twist's valuable contribution...allows a creative perspective on engaging Islam seriously in readings of contemporary German literature.' (Beverly Weber in 'Gegenwartsliteratur' 'a powerful counter-model of both conventional ideas about (post)religious identities and academia's traditional way of reading (and thereby constructing) Muslim authors as representatives and cultural mediators of faith.' (Frederike Middelfohh in 'Studies in 20th- and 21st-Century Literature) 'an excellent study for anyone interested in the literary voices of contemporary Muslim writers in Germany' (David Coury in 'The German Quarterly') 'likely to become a landmark study on account of the thoroughness with which [Twist] accomplishes this task and the nuances which he finds in the chosen texts which he examines.' (Julian Preece in 'Germanistik in Ireland') 'a welcome contribution to the scholarship on the works of German authors of Muslim background. [...] His work shows that the deconstructive potential of minority literature contests the ways in which we think of cosmopolitanism and identity'. (Mert Bahadır Reisoğlu, 'German Studies Review')