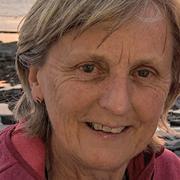 As both an academic and an activist, my work is guided by the belief that the purpose of scholarship and research is not just to understand the world but to change it for the good of all humanity. To this end, I played a lead role in establishing the UCD Equality Studies Centre in 1990 and the UCD School of Social Justice in 2005. The aim was to create safe academic spaces that would develop emancipatory teaching and research practices. Outside of the university, I have worked over many years to challenge inequalities and promote social justice with community groups, non-governmental organisations and statutory bodies, both nationally and internationally, I am currently working on a new book on Care and Capitalism. One of the major aims of this book is to highlight the importance of affective justice in political life. It is reclaiming the language of love, care and solidarity intellectually so that it can inform politics and public discourse in ways that challenge the carelessness of capitalism. It is a follow up book to Affective Equality: love, care and injustice (2009) which has now been translated into Spanish and Korean. I continue to undertake research in the field of education and am preparing a new manuscript for a book broadly related to the subject of equality in education. My most recent education book, New Managerialism in Education: Commercialization, Carelessness and Gender (2012, 2015, co-authored with Bernie Grummell and Dympna Devine) is the only major study of the impact of new managerialism and neoliberal capitalism on primary, secondary and tertiary education in Ireland. In 2018-9, I worked as an academic adviser to Dr Ebun Joseph in establishing the first ever Black Studies modules in Ireland at UCD School of Education. I worked in a similar capacity with Dr Sindy Joyce and Hannagh McGinley to establish Traveller-led modules on Travellers, Rights, Ethnicity and Nomadism in the School of Social Justice in 2015-6 and in the School of Education in 2019-20.