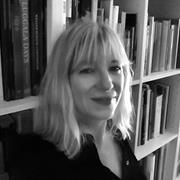 I am a Design Fellow at the School of Architecture where I teach architectural design studio and lecture in history and theory at undergraduate level. I also supervise research on the Master of Architecture (MArch) programme. In 2016/17, I was nominated for a UCD Teaching & Learning Award for Teaching Excellence and I have been an invited critic to CCAE, SAUL and TU Dublin (DIT). Following graduation from DIT in 1992, I practiced architecture in Berlin and Madrid for ten years before returning to Dublin to work in the field of architectural conservation, eventually establishing my own architectural heritage consultancy. In 2008 I completed an MLitt at Trinity College Dublin and was the recipient of the Irish Georgian Society Award for my work. My research interests are largely focussed on urban history and the industrial environment and I am currently undertaking a PhD on the history of Irish breweries at the School of Art History, UCD. I have lectured and published widely on Irish architecture and I am one of five editors and principal authors of ‘Architecture 1600-2000’, Volume IV of the Art and Architecture of Ireland project (RIA & Yale University Press, 2014). My second co-edited volume is ‘The Building Site in Eighteenth-century Ireland’ (Four Courts Press, 2017) with Dr Edward McParland (TCD). My work on Irish architecture has been awarded several research grants and I have successfully raised funding for publishing under the Irish Government Policy on Architecture. In 2018, I was invited to collaborate with Yvonne Farrell and Shelley McNamara (Grafton Architects), Curators of the 16th International Architecture Exhibition, Biennale Architettura Venice, FREESPACE, and I also participated as a contributor to the Irish national pavilion. Subsequent to that, I was a part of the curatorial team for the exhibition – ‘Close Encounter: Meetings with Remarkable Buildings’, a Special Section of the Biennale, at the Glucksman Gallery in Cork and Visual in Carlow, 2019. I am a peer assessor (Architecture) for the Arts Council of Ireland, and Chair of the Irish Georgian Society Conservation Awards Jury.