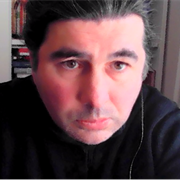 Dr Braganca's background is in French literature, history and cultural studies. He worked at Queen's University Belfast, Nottingham Trent University and the University of Manchester before joining UCD in 2016. His main publications, to date, are: - Hitler's French Literary Afterlives, 1945-2017 (Palgrave 2019); - Writing Vichy: Ego-Histories of France and the Second World War (Palgrave 2018); - The Long Aftermath: Cultural Legacies of Europe at War, 1936-2016 (Berghahn, 2018, 2nd edition); He is on the editorial board of the journal Open Cultural Studies(De Gruyter), an editor of H-France, and a Committee Member of the United Kingdom Sartre Society (UKSS). He is also a peer-reviewer for the British Academy and regularly reviews book proposals and research articles for leading publishers and journals in his field, including Palgrave, Routledge, the Journal of European Studies and Modern & Contemporary France.