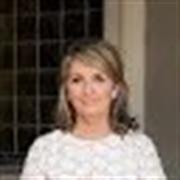 Marie Keenan is a Lecturer at the School of Social Policy, Social Work and Social Justice, University College Dublin (2000-present) and a member of the Advisory Board of UCD's Criminology Institute. She was involved with the Australian Royal Commission into the abuse of children in an advisory capacity and an academic board member for reviews of the literature. Previously she worked as a social worker and forensic psychotherapist in child protection (1976-79), mental health (1979-1984), the Irish Probation service based at the Training Unit in Mountjoy Prison (1984-1987) and addiction treatment (1987-1992). She was instrumental in establishing the Granada Institute in Dublin for the treatment of men who had perpetrated sexual crime against minors where she was one of three people to design the treatment programme and was the co-ordinator of the programme for five years (1995-2000). She has served on several statutory boards and professional bodies in Ireland and internationally in relation to policy responses to sexual violence and abuse, and best practice interventions. She is internationally recognized as one of the main leading international scholars in two main streams of Comparative Social Policy research and scholarship: (1) Child Sexual Abuse and the Catholic Church and (2) Restorative Justice and Sexual Violence. Her scholarship is multi-disciplinary and international with a current focus on social , therapeutic and legal responses to sexual crime. She is an accredited psychotherapist, a restorative justice practitioner and a registered social worker. She has taught and led specialist workshops and presented her research and clinical work in Ireland, The United Kingdom, Belgium, Finland, The United States of America, Australia and South Africa.