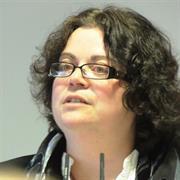 My first field of interest was in politics, war, settlement and society in late medieval and early modern Ireland. This research opened up an interest in where and how women's contributions fit in these histories, and how these had been forgotten and / or elided. More recently I have been engaged with the histories of modern Irish women, in particular first wave feminism, women during the revolutionary decade, 1912-1923, Irish women and nationalist propaganda, 1917-1923. My current research is on gendered and sexual violence in revolutionary Ireland. I remain fascinated by the transmission and impact of memories of war, violence and resistance to colonial power in Ireland, from the early modern to the modern.

Showing 1-6 out of 6
Previous1Next
GRANT
Fertility, Feminism and Reproduction: Towards a Progressive Politics
Irish Research Council for the Humanities and Social Sciences
3 Apr 2019 - 3 Apr 2020
wo one-day symposiums, one in Dublin and one in Galway, to facilitate cross-disciplinary conversations on the subject of fertility, feminism and reproduction.
GRANT
ENhancing female entrePRENeurship in InDIA (ENPRENDIA
EU Erasmus+ Capacity Building
2019 - 2021
partnership with Kalinga Institute of Industrial Technology, India