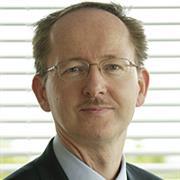 Having completed my BA (English and French) and MA (thesis on Max Jacob) at UCD, I carried out my doctoral work on four contemporary French poets (Jacques Dupin, Yves Bonnefoy, Bernard Noël, Guillevic) as a Killam Scholar at Dalhousie University, Nova Scotia. From Canada, I went to the USA where I took up a position as Assistant Professor at the University of North Carolina for three years. I am currently Professor of French and Francophone Studies at UCD, where I have been lecturing since 1993. I occupied the position of Head of the UCD School of Languages and Literatures from 2011-2014, and Head of UCD French & Francophone Studies from 2015-2018. I served as President of the Association des Etudes Françaises et Francophones d'Irlande (2009-10) and as President of the Association of Canadian Studies in Ireland (2014-16). I was recently invited as Directeur d'études associé (Associate Research Director) by the Fondation Maison des sciences de l'homme (Paris) and appointed as a disciplinary expert to the Haut conseil de l'évaluation de la recherche et de l'enseignement supérieur (HCERES).