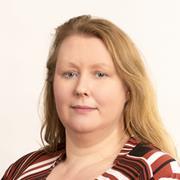 I am Professor of Social Policy and teach social policy on the Bachelor of Social Science (B.Soc.Sc ) and Master of Public Policy (MPP) degrees. I am currently supervising three doctoral candidates. My teaching and research interests focus on housing policy and urban regeneration, particularly on: - the management and financing of social housing - the regeneration of social housing estates and inner urban areas - comparative analysis of housing provision in Europe - the history and socio-economic implications of Irish housing policy and its relationship with the welfare state. I am interested in recruiting PhD students who would like to research any of these topics. I have led over 20 research project on these issues since 2000 and produced over 170 publications on the results. My latest book entitled Property, Family and the Irish Welfare State was published by Palgrave Macmillan in 2016. I am also co-conveynor of the European Network for Housing Research Working Group on Comparative Housing Policy and member of the international advisory of the International Journal of Housing Policy. I have strong links with policy makers in Ireland. In 2011 and again in 2016 I was appointed by an Taoiseach as an independent member of the National Economic and Social Council (NESC) which advises the Irish government on economic, environmental and social policy. In 2012 and again in 2017 I was appointed by the Minister for Housing as chair of the Housing Finance Agency (hfa.ie). The Agency raises finance on international markets which it lends on to local authorities and housing associations for the provision of housing to low income households. In 2018 I was appointed by the Minister for Housing to the interim board of the Land Development Agency. The Land Development Agency (LDA) is a commercial State-sponsored body that has been created to coordinate land within State control for more optimal uses where appropriate, with a focus on the provision of new homes. In recognition of this work in 2017 I was the overall winner of University College Dublin's research impact award.