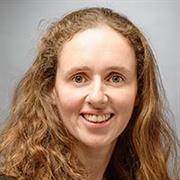 Upon qualifying as a social worker Muireann Ní Raghallaigh worked with Ireland's Child Protection Team for Separated Children Seeking Asylum where she developed a keen interest in issues related to and affecting asylum seekers and refugees. Muireann subsequently undertook her Ph.D research in Trinity College Dublin. Her Ph.D., which was partly funded by the National Children's Office, was a qualitative study of the experiences of unaccompanied minors living in Ireland. It focused in particular on the coping strategies used by these young people. Subsequently, Muireann served as Director of the Bachelor of Social Studies Degree Programme in Trinity, where she lectured and supervised both undergraduate and postgraduate students. She also worked as a research fellow with the Trinity Immigration Initiative and as a lecturer in social care in the Dublin Institute of Technology. Muireann also worked, on a part time basis, as a Family Worker with the Daughters of Charity Child and Family Services. She began working as a lecturer in Social Work at University College Dublin in 2008. She was member of the Board of the Irish Refugee Council between 2012 and 2017. Muireann welcomes applications from Masters and PhD students, particularly relating to the following topics: Integration of Migrant and Refugee Children; Unaccompanied Minors / Separated Children; Cross-cultural social work; Cultural Diversity in social work; Experiences of asylum seekers and refugees Muireann is committed to undertaking research that has the potential to have a strong social impact. She has a track record of writing policy relevant reports, making submissions to relevant task forces/working groups based on these reports, using research to advocate for change in policy and practice, whilst also writing high quality peer reviewed articles in international journals.