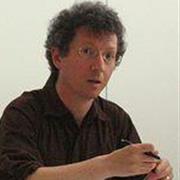 Paolo Acquaviva is a graduate of the University of Pisa and of the Scuola Normale Superiore in Pisa, where he obtained his doctorate in 1993. He worked at UCD from 1990 to 1996, and then again since 1999, after 3 years at the University of Venice. He won an IRCHSS Senior Fellowship (2004-5) and a Humboldt Fellowship in (2007-8). His research has developed from generative syntax to theoretical morphology, especially in its relation with semantics and theories of the lexicon. His main areas of interest are the morphology and semantics of plurality, for which he published the monograph Lexical Plurals (OUP, 2008), the theory of morphological roots and lexical categories, and the conceptual bases of nominality.