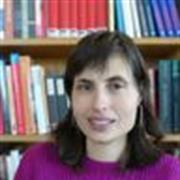 After an undergraduate degree in post-colonial literature at the University of Kent at Canterbury and an MA in Latin American Studies at Sheffield, I completed my PhD at the University of Sheffield in 2011 with a thesis on the representation of bandits and banditry in Latin America. My research has since been published with the University of Wales Press (November 2015) as 'Revolutionaries, Rebels and Robbers: The Golden Age of Banditry in Mexico, Latin America and the Chicano-American Southwest, 1850-1950'. The book provides not only a fresh insight into individual bandits and bandit cultures in parts of Latin America, such as Argentina, Brazil, Cuba and Mexico, but also presents the argument that a golden age of banditry took hold on the continent during the late-nineteenth century, in which, in the popular imagination, if often not in reality, bandits were transformed into Robin Hood figures, agents of social and political change against an unjust establishment. In addition to the monograph, my research has provided material for articles that have been published in peer-reviewed journals, as book chapters in edited volumes and, more recently, online, on such subjects as: the rise of Colombian women assassins; the Mexican bandit novel; Pancho Villa; and the Mexican Revolution. I am currently preparing articles on the continuation of the bandit hero-aesthetic in Mexico and Colombia and on the cross-cultural bandit Joaquín Murrieta. I have also contributed to literary dictionaries and encyclopedias with profiles of Latin American authors and their work. Most recently I have been asked to submit an article for a volume on the Latin American detective novel which will focus on the presentation of women and power in two narco-novelas. This will feed into my next book-length study on the cultural representation of female outlaws in Latin America from 1915 to the present day. Before coming to UCD I worked at the University of Sheffield in the Department of Hispanic Studies and in the Lifelong Learning section, teaching extensively on language and cultural and literary modules at all levels. I also worked at the University of Edinburgh, delivering final-year modules on Latin American Literature. Here at UCD I am currently contributing to the provision of Latin American Studies with modules on the global representation of Latin America and a module on the development of Latin American literature from the time of the 'new novel' to the post-boom. In addition I am also contributing to school-wide modules with sections on Latin American literature as World Literature and to the module Cross-Cultural Encounters.