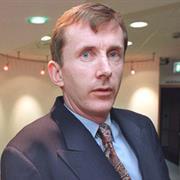 Dr Patrick Wall is Professor of Public Health in University College Dublin, https://www.ucd.ie/phpss/ and a member of the UCD Institute for Food and Health (http://www.ucd.ie/foodandhealth/). His research areas include food safety, nutrition and managing lifestyle related disease through behavioral change. He was the Principal Investigator on Foodrisc, a pan EU project looking at optimum strategies for risk and benefit communication, using both conventional and new media http://www.foodrisc.org. He is one of the directors of University College Dublin’s Masters in Public Health and of the UCD Masters in Food Safety and Risk Assessment. He is also one of the directors of the Joint Masters in Public Health being undertaken in UCD’s Branch Campus in Malaysia, http://www.pmc.edu.my where he is also involved in their “One Health” Program. He runs the UCD postgraduate module on Risk Perception and Behavioral Change and currently he has one PhD student and one post doc working on projects in the areas of consumer engagement and behavior change As a medical doctor he is a specialist in Communicable Diseases and he was the head of the Foodborne Diseases Division of the UK CDC, 1995-1997, now called Public Health England https://www.gov.uk/government/organisations/public-health-england/about. He was the first Chief Executive of the Food Safety Authority of Ireland (FSAI), 1998-2002, and contributed to the setting up of this science based consumer protection agency (http://www.fsai.ie) created in response to the BSE crisis. He was a founder member of management board, and the second Chairperson, of the European Food Safety Authority (EFSA) http://www.efsa.europa.eu, based in Parma in Italy. The FSAI is involved in enforcement and risk management, in addition to risk assessment and risk communication and the EFSA in risk assessment and risk communication. Both organisations strive to be open and transparent with the public. He is currently one of the management board of the Food Safety Authority of Ireland (http://www.fsai.ie). He was one of seven non-Chinese nationals on the committee advising on food safety arrangements for the 2008 Beijing Olympics and is currently one of six non Chinese nationals on the International Scientific Advisory Committee of the newly founded Chinese National Centre for Food Safety Risk Assessment, which is the Chinese equivalent of the European Food Safety Authority http://www.cfsa.net.cn/.. Since 2018, he is a member of the International Risk Assessment Advisory Committee of the Saudi Food and Drug Authority He is a leader of a component of the EU Sino Safe Project http://www.euchinasafe.eu/ working with the Communication Division of the CFSA on Consumer Engagement with regard to food safety issues. He was a member of the Irish Food Safety Authority’s crisis management team convened to deal with the 2008 Irish dioxin contamination incident, which resulted in a global recall of Irish pork products, and he was the Chairperson of the Irish Government’s enquiry into the incident. http://www.agriculture.gov.ie/media/migration/publications/2010/DioxinReport211209revised190110.pdf He chaired the Northern Ireland Livestock and Meat Commission’s Industry Feed Assurance Group convened to explore ways to protect the agri-sector from food scares and associated risks. https://www.lmcni.com/fs/doc/publications/assuring-food-safety.pdf He is the chair of the Campylobacter Stakeholders Group in Ireland set up by the Irish Government to get all players along the food chain to play their part to reduce the incidence of disease in humans. This group involves the poultry producers, processors, retailers, health promotion bodies and regulators. https://www.agriculture.gov.ie/media/migration/foodsafetyconsumerissues/foodsafetypublications/FinalReportCampyPrintVer3090517.pdf He is one of the external auditors who evaluates the activities of the Irish Governments Ministry of Agriculture, Food and Marine contribution to One Health. http://www.agriculture.gov.ie. He is one of a team of three involved in auditing the procedure EFSA has to select its scientific advisors to populate the risk assessment panels. He was the Chair of the UK Food Standard Agency’s Steering Group which oversaw the modification of BSE controls in the UK in response to the changing disease threat. He was chair of their UK committee tasked with modernizing the UK meat inspection service to improve it’s efficiency and effectiveness in protecting the Public’s Health. He is a director of Agri-Aware http://agriaware.ie/ an organization set up to improve the public understanding of, and confidence in, modern agriculture and food production. He is chairman of Independent Milk Laboratories, http://www.imlabs.ie, a joint venture between Progressive Genetics, an Irish bovine breeding company and the UK National Milk Records Group and runs the national milk quality laboratory in Ireland. From 2013 to 2016 he was the Irish Government appointed Chairman of the Irish Sports Horse Industry. http://www.dttas.ie/press-releases/2013/patrick-wall-appointed-new-chairman-horse-sport-ireland He qualified in Veterinary Medicine in University College Dublin http://www.ucd.ie/medicine/,in Human Medicine in Royal College of Surgeons of Ireland https://www.rcsi.com/dublin/, has an MSc in Infectious Diseases from University of London and an MBA from the Michael Smurfit School of Business UCD and a Diploma in Corporate Governance from the UCD Centre of Corporate Governance. He is a member of the Royal College of Veterinary Surgeons in the UK https://www.rcvs.org.uk/home/ and a Diplomat of the European College of Veterinary Public Health. https://ecvph.org. He is a Fellow of IUFoST, the international Union of Food Science and Technology.