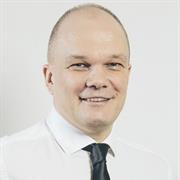 Professor J. Peter Clinch, BA (Hons.), MA (Econ.), PhD, DipEIAMgmt, HonMRTPI, FAcSS UCD Geary Institute of Public Policy University College Dublin Ireland peter.clinch(at)ucd.ie Peter Clinch is Jean Monnet Full Professor and Chair of Public Policy at University College Dublin. Peter holds BA, MA and PhD degrees in economics, a Diploma in Environmental Impact Assessment. He is the author of over 100 publications including books, book chapters, international journal articles and conference proceedings and around 100 conference papers and other publications.Peter has held Visiting Positions or has been an invited speaker at, inter alia, the University of California, Berkeley and San Diego, Said Business School at Oxford University, Cambridge University, the University of Southern California, and the John F. Kennedy School of Government at Harvard University. He has advised or worked on behalf of, inter alia, the World Bank, OECD, and several national governments. Peter has been appointed to positions of responsibility by four governments of different political persuasions. He was active in the public debate around economic, environmental and planning policy during Ireland's economic boom. In 2002, he co-authored 'After the Celtic Tiger' pointing out fragilities in the Irish economy in advance of the economic crash. Subsequently, between summer 2008 and early 2011, Peter was based in the Taoiseach's (Prime Minister's) Office where he served as Special Policy Adviser. During this time, he was responsible for advising on medium-term economic policy, enterprise and environmental policy. He was instrumental in developing a medium-term framework for economic growth including drafting 'Building Ireland's Smart Economy: A Framework for Sustainable Economic Renewal' published by the Government in December 2008. Amongst many policy initiatives to position Ireland as a Global Innovation Hub, Peter fronted the establishment of the Innovation Taskforce which reported in March 2010. These policies are now subsumed into the Action Plan for Jobs. He was an advocate for the prioritisation of R&D funding in the review of capital spending and various budgets. Peter also led the development of Innovation Fund Ireland, a 500m euro fund which has attracted top-tier venture capitalists to Ireland to invest in Irish companies. Peter continues to provide advice to Government. Between 2015 and 2019, he was Chair of the National Competitiveness Council of Ireland. He was also Chair of Ireland's National Productivity Board. He is currently Chairman of the Board of Science Foundation Ireland and a Member of the National Expert Advisory Council on Climate Change. Peter's experience includes working in partnership with senior civil servants and with industry. In addition to serving Cabinet Committees on Economic Renewal, Climate Change and Energy Security, and Science, Technology and Innovation, he was a member of Irish Government delegations to the European Council, the UN General Assembly, Davos World Economic Forum, Asia-Europe Meetings, a series of overseas trade missions, as well as the Taoiseach's delegations to meet Heads of States, including US President Obama and Chinese Premier Wen Jiabao. He has worked with a number of NGOs and was a Director of publicpolicy.ie, a 'think-tank' funded by Atlantic Philanthropies. He formerly represented UCD on the Creative Dublin Alliance. Between 2011 and 2014, Peter served as UCD Vice-President with responsibility for innovation and corporate partnerships. He has held academic positions in the Arts Faculty, Engineering Faculty and College of Human Sciences and served as Head of four Departments. Peter has also served as Director of the UCD Urban Institute and Director of NovaUCD. He was a lead investigator in two successful inter-institutional PRTLI bids (UCD Urban Institute Ireland and the UCD Earth Institute) which raised approximately €60m. With colleagues, he has also raised approximately 10m euro in research funding through European Framework and other programmes. In 2007, Peter co-founded EnvEcon Ltd, a spin out company which won a NovaUCD Entrepreneur award. In 2014, Peter was made a Lifetime Honorary Member of the Royal Town Planning Institute for distinguished contributions to sustainable development research and, in 2017, was conferred with a Fellowship of the Academy of Social Sciences for distinguished contributions to social science research.