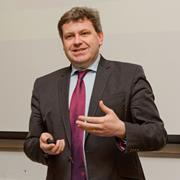 Patrick Paul Walsh is currently a Full Professor of International Development Studies and member of the Governing Authority  in University College Dublin.  Patrick Paul Walsh is the Director of the UCD Centre for Sustainable Development Studies, Coordinator of the UCD Ph.D. in Global Human Development which trains academic staff in East African Universities up to a Ph.D. level across several subject areas.   Patrick Paul Walsh is a Senior Adviser to the UN SDSN, New York. He received a Ph.D. in Economics from the Londaon School of Economics . He is a Government of Ireland, Marie Curie (Brussels), IZA (Bonn), RSA (London) and REPOA (Tanzania) Fellow. During 1992-2007 he worked in Trinity College Dublin. He left Trinity College Dublin as a Professor of Economics, College Fellow and Dean of Social and Human Sciences. He was a Visiting Professor at K.U. Leuven during 1997-1999;  a Research Scholar in the Department of Economics, Harvard University, during the academic year 2002-2003. During the academic year 2014-2015 he was a Visiting Senior Research Scholar, and Senior Advisor to the UN SDSN, at the Earth Institute and an Adjunct Professor in the School of International Public Affairs, Columbia University, New York. His professional activities include honorary secretary, and editor of the Journal, of the Statistical and Social Inquiry Society of Ireland. He has extensive experience providing external services for the United Nations,  Irish Competition Authority, la Fiscalía Nacional Económica in Chile, European Commission and World Bank. Among other journals he has published in the Review of Economics and Statistics, Economic Journal, Journal of Industrial Economics,  Energy Economics and Electoral Studies. His current research is on Agricultural Productivity in East Africa, Social Security for all, Socioeconomic impact of HIV/AIDS, Post-Conflict Resolution, Global Food Security and Governance of  the U.N. 2030 Sustainable Development Agenda.