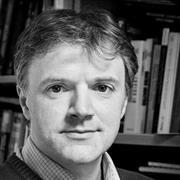 Robert N. Shorten received the B.E. degree in electronic engineer-ing and the Ph.D. degree from the University College Dublin (UCD), Dublin, Ireland, in 1990 and 1996,respectively. From 1993 to 1996, he was the holder of a Marie Curie Fellowship and employee at Daimler-Benz Research, Berlin, Germany, to conduct research in the area of smart gearbox systems. Following a brief spell at theCenter for Systems Science, Yale University, working with Prof. K. S. Narendra, he returned to Irelandas the holder of a European Presidency Fellowship in 1997. He is a co-founder of the Hamilton Institute, National University of Ireland, Maynooth, Ireland, where he was a Full Professor until March 2013. He was also a Visiting Professor at the Technical University of Berlin from 2011 to 2012. From 2013-2015 he led the Control and Optimization team at IBM Research in Dublin. He is currently as a Professor of Control Engineering and Decision Science at University College Dublin, and consults for IBM Research. His research spans a number of areas. He has been active in computer networking, automotive research, collaborative mobility (including smart transportation and electric vehicles), as well as basic control theory and linear algebra. His main field of theoretical research has been the study of hybrid dynamical systems.