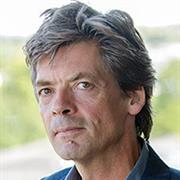 I have been interested in the nature of agency since working on AI, robotics and logic programming at the Polytechnic of the South Bank London in the mid 1980s (and realising how limited were the information processing models). I went back to college and did a Philosophy BPhil at Oxford, supervised by Gabriele Taylor, then became a Research Fellow at Leeds for a year in 1988. There I developed neural network (connectionist) models of representation in action, and worked out many of the ideas that were to be developed into my DPhil thesis at Oxford, supervised by David Charles, and the subsequent book, Things that Happen Because They Should (OUP, 1996). I then taught at several colleges in Oxford, including a six year spell as Tutorial Fellow at Oriel College. After Oxford a dream job at Manchester University came along, where I had the opportunity to work with a very small team of new appointments to bring into being the Centre for Philosophy, which has gone on to become a highly successful department. In January 2003 I came to UCD as a lecturer in Ethics, and have loved every minute of it. I am now a Professor. I had an IRCHSS Senior Research Fellowship in 2008/9, during which time I started to develop some ideas in the philosophy of emotions. I have published three books now, have edited one for OUP on processes in experience and action, and am working on a new monograph on the nature of emotion and perspectival judgement. I was Head of School of Philosophy at UCD between 2013 and 2015. I am also Editor in Chief of the International Journal of Philosophical Studies. In 2017 I set up the UCD Centre for Ethics in Public Life of which I am Director. In March 2019 I was elected Member of the Royal Irish Academy. I'm married with two daughters - Lara born in 2000 and Rebecca born in 2002. My wife, Sarah, is a writer and artist.