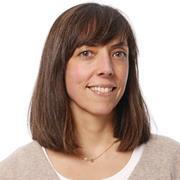 Dr Sara Benedi Lahuerta joined University College Dublin (UCD), Sutherland School of Law, as an Assistant Professor in December 2019. Previously, she was a Lecturer in Employment Law at the University of Southampton Law School (UK) (2014-19) and the founding Director of the Stefan Cross Research Centre for Women, Equality and Law (2018-19). Sara’s research focuses on discrimination and employment law (at EU and comparative levels). She is particularly interested on avenues to improve the effectiveness of equality law through a range of regulatory tools like equality bodies, positive duties, ADR and collective remedies. Her current research projects concern mainly the analysis of pay transparency regulations to address the gender pay gap and EU policies to address hate speech. Other recent projects include: ‘Rethinking EU Equality Law’ (2016-18) and ‘The impact of Brexit on EU nationals’ vulnerability: the case of Polish nationals’ (2018-19). She also participated in the project: ‘Future Directions in EU Labour Law’ (2015-16), coordinated by Prof. Prassl (University of Oxford). She has written articles on the collective enforcement of equality law, European equality bodies, the European Social Pillar, the links between migration and discrimination. Her research has been published in leading journals, including the Common Market Law Review, the European Law Journal, the European Labour Law Journal. Sara is a Fellow of the Higher Education Academy and holds a PhD from the University of Leicester (2015), an LLM in EU Law from the College of Europe (2008) and a double degree in Law and Business from the University of Zaragoza (2007). She has also acted as an expert for the European Commission’s ‘Rights, Equality and Citizenship Programme’ and as a guest editor for a special issue of the International Journal of Discrimination and the Law. She has been a trainee at the European Commission and an academic assistant at the College of Europe. Sara is a qualified Spanish lawyer and previously worked as an in-house lawyer in the private sector.