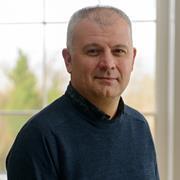 I was appointed UCD Chair of Sociology in September 2011. Previously I held research and teaching appointments at the Institute for International Relations (Zagreb), the Centre for the Study of Nationalism, CEU (Prague)- where I worked with late Ernest Gellner -, and at the National University of Ireland, Galway. I also held visiting professorships and fellowships at Uppsala University, Universite Libre de Bruxelles (Eric Remacle Chair in Conflict and Peace Studies), the London School of Economics and the Institute for Human Sciences, Vienna. I am a Member of the Royal Irish Academy (elected in 2010), Academia Europaea (The Academy of Europe, elected in 2014) and an Associated Member of the Academy of Sciences and Arts of Bosnia and Herzegovina (elected in 2012). I am also Senior Fellow and Associated Researcher at CNAM, Paris. My main research interests include the study of war and organised violence, ethnicity and nationalism, ideology, sociological theory and the comparative historical sociology. Recent books include: Grounded Nationalisms: A Sociological Analysis (Cambridge University Press, 2019), The Rise of Organised Brutality: A Historical Sociology of Violence (Cambridge University Press, 2017, Outstanding Book Award from the American Sociological Association), Nation-States and Nationalisms: Organization, Ideology and Solidarity (Polity, 2013), The Sociology of War and Violence (Cambridge University Press, 2010, reprinted in 2012), Identity as Ideology: Understanding Ethnicity and Nationalism, (Palgrave, 2006), The Sociology of Ethnicity (Sage, 2004), Ideology, Legitimacy and the New State (Routledge 2002; reprinted in 2008; paperback edition 2016) and edited volumes Empires and Nation-States: Beyond the Dichotomy (Sage 2017), Ernest Gellner and Historical Sociology (Sage, 2015), Nationalism and War (Cambridge University Press, 2013) and Ernest Gellner and Contemporary Social Thought (Cambridge University Press, 2007). I have also authored over 90 peer-reviewed journal articles and book chapters and have given more than 120 invited talks all over the world. My publications have been translated into Chinese, Croatian, Persian, Turkish, Thai, Portuguese, Japanese, Indonesian, Polish, Russian, Serbian and Spanish.More information available at http://sinisa2malesevic.wordpress.com/; Recent publications can be downloaded from https://ucd-ie.academia.edu/SinisaMalesevic.