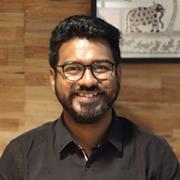 Soumyabrata Dev is an Assistant Professor in the School of Computer Science, at University College Dublin. He is also affiliated with UCD Earth Institute, and an Academic Collaborator with ADAPT SFI Research Centre, Dublin. His research interests include image processing, machine learning, and remote sensing. Prior to joining UCD, he was a postdoctoral researcher at ADAPT SFI Research Centre, based at Trinity College Dublin from 2017-2019, where he worked on an industry-affiliated project, in collaboration with Huawei Ireland Research Centre. During this period, he led the creation of a deep-learning based, advertisement detection and integration system for multimedia videos, useful for next-generation online publicity. This work was awarded the 'Outstanding Academic Achievement of the Year' at the 26th Annual Technology Ireland Industry Awards. Soumyabrata obtained his Ph.D. from Nanyang Technological University (NTU) Singapore in 2017. From August-December 2015, he was a visiting doctoral student at Audiovisual Communication Laboratory (LCAV), École Polytechnique Fédérale de Lausanne (EPFL), Switzerland. During his Ph.D., he was a team member of Vision & InterAction Group (Vintage), at Advanced Digital Sciences Center (ADSC), the Singapore-based research center of the University of Illinois at Urbana-Champaign. He worked at Ericsson as a network engineer from 2010 to 2012. Prior to this, Soumyabrata graduated summa cum laude from National Institute of Technology Silchar, India with a B.Tech. in 2010.