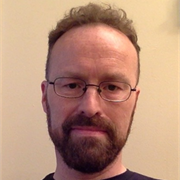 Thomas Mohr has been teaching in the School of Law since 2005 and became a full-time member of staff in 2007. His main teaching areas include jurisprudence, the law of evidence and the history of public law. His doctorate examined the constitutional status of the Irish Free State between the years 1922 and 1937. This was an interdisciplinary work involving such fields of law as constitutional law, legal theory, public international law and legal history. He received a Government of Ireland scholarship to complete this work and was also awarded National University of Ireland prizes in both law and history. During the course of his career Thomas has worked with the Irish Centre for Human Rights, the Department of Foreign Affairs and has also advised National University of Ireland, Galway on matters of copyright. He was awarded a mobility grant from the Royal Irish Academy and, more recently, a visiting professorship at York University, Toronto.Thomas is a member of the council of the Irish Legal History Society and was Honorary Secretary from 2009 to 2017 and Vice President from 2018 to the present. He is Book Review Editor of the Irish Jurist, Ireland's leading law journal. Thomas was a member of the Council of the Irish Association of Law Teachers from 2009 to 2012. He is also involved in a number of initiatives designed to celebrate Ireland's "decade of centenaries" and sits on the UCD Commemorations Committee.His latest book is Guardian of the Treaty - The Privy Council Appeal and Irish Sovereignty published by Four Courts Press. This book examines the controversial appeal from the Irish courts to the Privy Council in London during the 1920s and 1930s. It analyses British intentions that the Privy Council act as the guardian and enforcer of the settlement embodied in the 1921 Anglo Irish Treaty. The conclusion to this work explains why the Privy Council was unsuccessful in protecting this settlement.