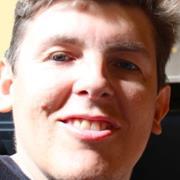 My research interests revolve around the creative use and comprehension of language, as exemplified by the following topics: Computational Creativity; Analogical Reasoning and Lexical Analogies; Metaphor and other forms of figurative language (such as irony, humor); Ontologies (in particular, Lexical Ontologies), their use and construction; Multilingual language resources WordNet and other large-scale lexical resources; Language-oriented educational computer games. I am a funded investigator in the SFI CSET "Next Generation Localization" and a member of the Centre for Next Generation Localization (CNGL) I was also funded by the Korean NRF's World-Class-University (WCU) programme to spend one semester a year at KAIST (the Korean Advanced Institute of Science and Technology), 2011-2014. I am the author of the monograph Exploding The Creativity Myth: The Computational Foundations of Linguistic Creativity (Bloomsbury Academic, 2012). I have delivered courses on my research at the 2005 and 2007 ESSLLI summer schools: 2005: Computational treatments of Metaphor 2007: Enriched Lexical Ontologies and at the 2011 Autumn School in Computational Creativity in Helsinki, Finland. Slides for these courses are available from Afflatus.UCD.ie