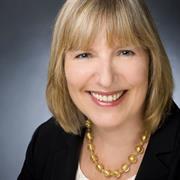 Innate immune cells and mucosal barrier tissues are the first line of defense in the fight against invading pathogens. Our group focuses on understanding molecular mechanisms that innate and mucosal immune host defense use to protect the host from microbial insult, and how some responses wind up damaging the host. Second messengers such as reactive oxygen species (ROS) or nitric oxide that are produced during infection can have beneficial as well as detrimental effects. The overall outcome depends on precise spatial and temporal regulation of these second messengers by the affected cell populations. The intracellular signaling pathways that regulate the production of these molecules constitute an ideal target for intervention in disease. Our laboratory employs structure-function studies, modelling, functional evaluation of clinical mutants and inhibitor design/validation to gain knowledge for targeting NADPH oxidases in disease. NADPH oxidases are an integral and crucial component of the protective host response in bacterial, fungal and viral infections. We are interested in the role of reactive oxygen species in the mutualistic interactions between mucosal epithelia, immune cells, commensals and pathogens. Using ex vivo and in vivo approaches we study the influence of pathogens, bacteria-derived ligands and toxins on the host and vice versa. NADPH oxidases can serve as compartmentalized signaling modules, thereby activating or inhibiting signaling cascades, as host defense mechanism, or as pro-inflammatory triggers. Elucidating physiological stimuli and control mechanisms for these enzymes will help defining the biological functions of oxidases in health and disease, and constitutes a prerequisite for therapeutic intervention in oxidant-induced damage and tissue injury. A new concept of pathogen control are host cell-mediated changes in pathogen virulence. Reactive oxygen species such as H 2 O 2 can derive from activated host cell NADPH oxidases or commensals such as lactobacilli. Long range signaling by H 2 O 2 released into the gut lumen attenuates virulence, for example by disabling the bacterial phosphotyrosine network or by altering Type III Secretion Systems. We focus on molecular mechanisms that determine the outcome of a pathogen's interaction with the host organism, and how early intervention may ameliorate infection and inflammation. Together with collaborators we are using state-of-the-art techniques in neutrophil/macrophage biology, mucosal barrier defense, microbiology and animal models.