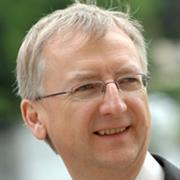 Current Research Interests · Role of the Ras-Raf-MEK-ERK pathway in malignant transformation. The main focus is on using quantitative proteomics to characterise dynamically changing signalling complexes in response to mitogenic stimuli. The strategy has resulted in the discovery of new regulators and effectors of Raf and ERK signalling, e.g. MST2. It also has shown that whole signalling pathways can be mapped by tracking dynamically changing protein interactions. We want to expand this approach to investigate changes in cell signalling during invasion, differentiation and apoptosis, and as result of genetic mutations in oncogenes and tumour suppressor genes. · Regulation of the MST2/Hippo pathway. According to our results MST2 coordinates proliferation signals from the Raf pathway with pro-apoptotic signals from the RASSF1A tumour suppressor gene. Using the above proteomics approach we have mapped a six step pathway from Fas at the cell membrane to p73 dependent transcription in the nucleus. We are further characterising this pathway, in particular with respect to whether and how it can be exploited for targeted tumour therapy. · Characterisation of RKIP. We have cloned this protein a decade ago as the first physiological inhibitor protein of Raf kinases. It has turned out to play a major role in metastasis suppression, a function which is probably independent from its ability to inhibit ERK activation. We are investigating the molecular mechanism of RKIP functions using cellular models, mouse models, and clinical studies. · Systems biology of cell signalling. We are using mathematical and computational modelling to analyse the network structure of cell signalling. The aim is to predict responses to perturbations (such as drugs), define the most sensitive points for interference by drugs, and analyse the specificity of signalling and adaptation processes. · Translational research based on taking advantages on the opportunities arising from mechanistic insights gained from a strong basic research programme, such as diagnostic tests for metastasis risk; or identification and validation of new drug targets.